Almost 2 years into a global pandemic, there is now a chance to reflect on the impact these unprecedented times have had on the property market in Australia.

When the pandemic first sent Australia into lockdown in March 2020, it was expected that the demand for property would drop off significantly, with the big four banks warning of up to a 32% crash in housing prices. This would not turn out to be the case.

Instead, Australia has just recorded its highest rate of annual price growth since 2003, at 16.4%. This increase places Australia in seventh position in the world ranking, which looks at price growth among 55 countries and territories around the world. (Source: The Knight Frank Global House Price Index Q2 2021) Of these countries, India and Spain were the only two markets that did not see price growth. This is the lowest proportion of markets to register a pricing decline since the Global House Price Index commenced in 2008.

“Driving this growth” says Ross-Hunt Sales Director, Jeff Anderson, “Is both a fall in the volume of properties on the market, as well as an increased demand assisted by an incredibly low interest rate environment. Material shortages and global inflation have an effect too.”

Lockdowns have also made the desire for more space and a backyard suddenly became necessities for many households with working from home and space for the kids to play to consider.

As a result, demand for free standing homes – particularly those with reasonably sized backyards – went through the roof. In all Aussie cities, house prices rose much faster than for apartments, a little more than double the percentage. As you would expect, the number of these types of homes on the market plummeted, down 42% compared with 2018.

All this has caused buyers to experience a “fear of missing out”. The average time a property spends on the market has fallen from 31 days to just 10-14 days in Melbourne and Sydney.

In rural areas, prices have soared too as buyers look to make the ultimate tree change. Significant price moments across the year include Wollongong and Newcastle in NSW respectively up 23.1% and 21.9%, and Launceston in Tasmania and Broome in WA’s Kimberley region, both up 22%. In South Australia, Port Lincoln appreciated 17% and in Victoria, the gold rush city of Bendigo gained 14.3%. But the big winner was Queensland, with prices in all regional zones in the state increasing. 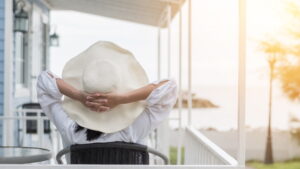 In the long term, the boom’s fate will be decided by the strength of demand as the pandemic driven factors fade, however it is reported that the RBA are unlikely to lift interest rates until 2024 to dampen housing prices.

Jeff Anderson predicts “As it stands, it appears likely the ongoing property boom will continue, even as first home buyers increasingly find themselves priced out of the market, the number of investors buying into the market continues to go from strength to strength. Those being pushed out of suburbia are buying in outer rings and country locations.”