Everything you need to know about your local community

Surrey Hills is a suburb of Melbourne, Victoria, Australia, 11 km east of Melbourne’s CBD. Its local government area are the Cities of Boroondara and Whitehorse. At the2011 Census, Surrey Hills had a population of 13,133.

Surrey Hills is a classic leafy eastern suburb,situated eleven kilometers from the city. It was settled in the late 19th century and evolved with slightly smaller blocks and slightly simpler housing than its neighbor Canterbury.

Most of Surrey Hills’ streets are lined with now-mature European trees, mostly plane and pin oak, that create the much-lauded leafy look that took nearly a century to achieve. It is bordered by Elgar Road in the east, Riversdale Road in the south, Union Road in the west and Maroondah Highway in the north. The hills in the suburb’s name are most obvious near the corner of Canterbury and Elgar roads, which is also the site of the local water storage reservoir. 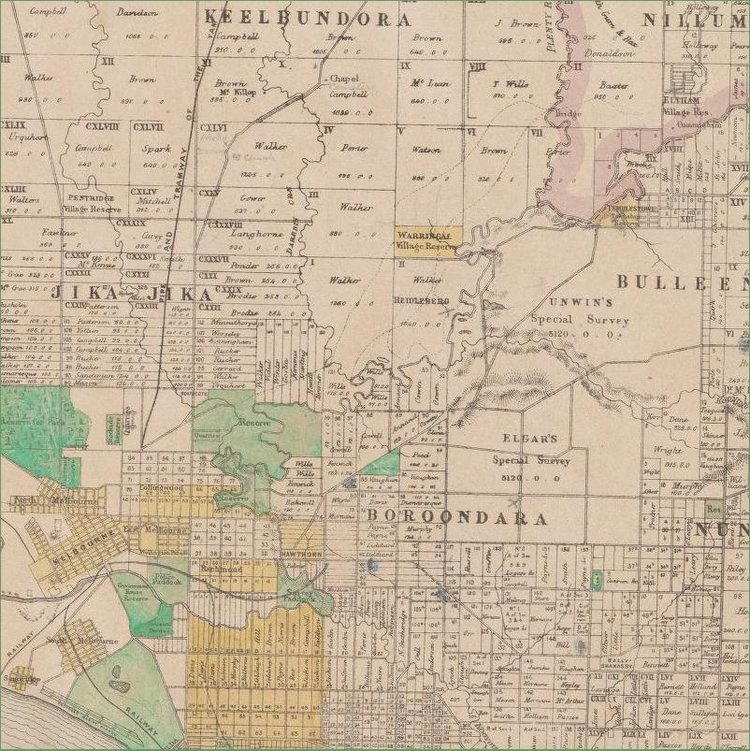 The Surrey Hills area was acquired from the Crown by Henry Elgar, as part of his Special Survey purchase in 1841. The Surrey Hills area was first developed by a Real Estate consortia, following the extension of the railway line from Camberwell to Lilydale in 1882. Surrey Hills Post Office opened on 1 October 1884. Housing estates were laid out and lovely period homes built in either brick or weatherboard, with most designs being influenced by the Victorian, Federation and Edwardian era.

The streets were planted mainly with avenues of Pin Oak and Plane trees, which are now mature and offer a pleasant shady vista. The streets have impressive names such as Empress, Kingston, Surrey, Balmoral, Leopold, Windsor, Albert and Wolseley, but the area was considered too distant from the nearest shopping districts: Camberwell to the west and Box Hill to the east.

The economic depression of the 1890s brought development to a halt and the next major phase of suburban development didn’t take place until after the First World War.

During the 1990s, the last bank branch in the Union Road shopping strip closed, which caused some concern within both the local community and local traders. On 24 February 2003, the Surrey Hills Community Bank (a community bank branch of Bendigo Bank) opened for business in Union Road

The neighbourhood centre features Surrey Hills railway station (on the Belgrave and Lilydale railway lines). Heading out from Melbourne’s CBD, Union Road is the first railway level crossing on the Belgrave/Lilydale train line. Surrey Hills also has Chatham railway station, north of Canterbury Road, between Stanley Terrace and Junction Road. Chatham Station can be accessed from the north by laneways between houses, beginning near the Mont Albert Road General Store, then continuing south along the Canterbury Sports Ground pathway.

Most working residents of Surrey Hills commute to Melbourne either by car or train. To reach a safe bicycle path for the city commute, cyclists must travel south to the Gardiners Creek Trail or north to the Yarra River Trail, via theOuter Circle Trail. A bike lane is located on Mont Albert Road. To the north, Surrey Hills is also serviced by the route 109 tram, which continues from Port Melbourne, along Collins Street (Melb.CBD), along Whitehorse Rd, to Box Hill and in the south, theroute 70 tram travels along Riversdale Road from the city to the Wattle Park terminus at the Elgar Road junction.

The major parks and gardens in Surrey Hills are Surrey Gardens and South Surrey Park. Surrey Hills is also adjacent to Wattle Park, which is just across Riversdale Road to the south, in Burwood.

Canterbury Sports Ground is located in the north-west of the suburb and boasts 3 sporting clubs. It has clubrooms, with a canteen and is the home ground of the Australian Rules Football club, Canterbury ‘Cobras’, who currently compete in the Eastern Football League, as well as the Canterbury Cricket Club, which plays on a turf wicket and Canterbury Tennis Club, which has its own clubhouse and 4 en-tou-cas courts